The history of Compry Recovery

Compry Recovery is a product of Herzog Medical, which is an international player when it comes to compression in sports. Herzog Medical offers professional solutions for many sport-related injuries. The success of the company is based on years of medical experience and continuous dialogue with athletes and health professionals.

How was Herzog Medical founded?

Founder Harald Herzog was a runner and cross-country skier in the late 1970’s and early 1980’s. With a marathon time of 2h27m, he was able to keep up with the national second tier ranking. However, the switch to cross-country skiing brought him real success and in 1979 and 1980 Harald became Dutch champion. Unfortunately, due to numerous injuries in the lower leg, including his calf and Achilles tendon, Harald was forced to end his sports career in 1981.

“Recovery is the single most important part of any training or exercise program. Our pneumatic compression device Compry Recovery optimizes the recovery process of many amateur athletes, elite sporters and national selections. I’m proud we can make an important contribution to the performances of athletes in different sport levels and disciplines.”

From elite athlete to entrepreneur

After his life as an professional athlete, he started his social career in a large medical company where he learned a lot about compression therapy. He was involved in compression therapy for patients with all kinds of vascular problems. In the early nineties Harald discovered that compression also proved useful to prevent the injuries he incurred as an athlete. After a long period of research, studying and testing, Harald introduced his own Sport Compression Stockings in 2000.

At this point Harald was highly motivated to help athletes with the same injuries he dealt with in the past. He experienced how frustrating it is when injuries keep you from doing what you like the most. Using his own stockings ensured Harold, as a hobby runner, was capable to run injury and care free. Harald gained a lot of knowledge through self-study in the field of compression therapy, he became a certified bandagist and he built an extensive network within the medical world of professional sports. In 2008 he started his own company while continuing his study and extensive research.

The birth of Compry Recovery

Harald highlights that recovery of muscle fatigue greatly depends on the removal of waste fluids. Done properly, active recovery is generally better than passive recovery. In Harald’s point of view, active recovery is optimal when using pneumatic compression and in 2011 Harald introduced a useful recovery tool “Compry Recovery”. This innovative compression device simulates a massage and is specially designed for athletes who wants to recover faster after a training.

Nowadays Herzog Medical is the key player in the Benelux when it comes to knowledge, experience and expertise in compression in sports.

Do you want to know more? Or have you questions about Compry Recovery?

Please feel free to contact us by email or phone 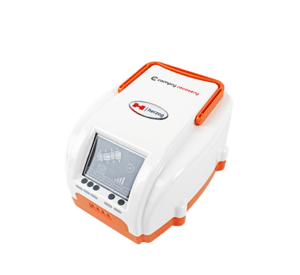